As Kpop lover, sometimes I got my attention for a group whose behind the idol. They are not only as a group whom helps the idols but also they were behind idols successed. One of them is YAMA & Hotchicks!

END_OF_DOCUMENT_TOKEN_TO_BE_REPLACED

It’s been long time since I didn’t post any story or news on my blog. For this time I will post one of the best Korean songwriter, 이단옆차기 (Duble Sidekick/ Double Sidekick). Duble Sidekick is my favorite composer because they makes awesome songs. They’re already all over the 2012 KPOP charts. Boyband? Girlgroup? Soloist? Dance Pop? Ballad? DONE by them and ALL KILL!

Michael Kim, also known as Chance from the vocal group One Way, is the man who built the team of composers known as Duble Sidekick. Chance created a name for himself in 2011 by producing superb b-sides for the likes of 2PM and Super Junior, male groups seeking smooth and sensual pieces to complement their title tracks. He partnered with lyricist Park Jang Geun to form the original team of Duble Sidekick in the end of 2011.

Here the songs from Duble Sidekick productions from 2011 until 2013:

18. The Seeya feat Tae Woon of SPEED – Be With You 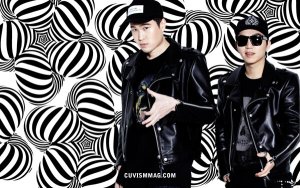 What do you think? Do you have same think as mine? They awesome, right? I always anticipate their next song.

By the way, you can add other song maybe I did not post on this article by leave a comment.