So, this is my first story with domain name hahaha.

Back to 2009. I was 19 years old at that time. One of my friend introduced to me a lot about Korean variety show. She told me to watching We Got Married, a popular tv show about idols who will be pairing to becomes a virtual married couple. “You should watching Jokwon and Gain!”, she said. Yes, Jokwon from 2AM and Gain from Brown Eyed Girls are one of couples who to be casted on this program. I found they were fun and this program such a lovely concept. That was my first time enjoying Korean variety show and amazingly until now, a lot!

Actually, the reason that I would to watching Korean variety show is back to 2000, when I was 10 years old, Korean drama was so popular in my country. Even the story is about love, I just can’t stand to not enjoying that much. Endless Love, Winter Sonata, Hotelier, All About Eve, A Love to Kill, etc. are some dramas that aired in early 2000. I enjoyed the story, fell in love with the male cast and amazingly memorized the lyrics of the soundtracks. That’s why I couldn’t ignore her (fun) offer.

After 2 years I was enjoying Korean variety show, I started being interest to learn Korean language. From the very simple word that I could memorize until some day I decided to learn hangul (Korean alphabet). That was so hard at first. I couldn’t read, memorize nor write it. I don’t remember when finally hangul is very easy to read and write. I need 2 years until I decided to translate or subbing some videos. I had learned aegisub (subbing program) before. And YESSSS! I did it! I uploaded the video and posted to my blog. I’m a newbie at that time. I was learning and learning until now. It’s been 3 years since I subbed my very first video. People recognized me from my blog and youtube channel.

Subbing or to become a translator is fun! It because Korea is part of my life. I mean the drama, movie, song, and variety show. Although this job is very hard because you must have listening skill and accurate start and end part of their conversation (you know what I mean if you do know aboutaegisub), but once you have this job, you will forever miss it. The most fun part is to edit the font. I don’t know why but that makes me miss a lot. The hate part is when the cast/narator speech was scarcely audible. You need repeat it until you know what they say. That’s why I rejected if someone wants me to translate a movie. There’s no screen caption to make it sure what they actually say. I need around two hours for 10 minutes conversation + screen caption. Sometimes, I need around three days for 60 minutes video. It took a lot of time because I would to stop if I felt dizzy. Yes, I’m a bit boring and dizzy in front of computer for 2-3 hours. Ehm, I don’t know it might because I was thinking so hard for two languages, Korean to English hahaha.

It’s fun if someone visiting my blog, leave a comment and the viewkeeps increasing. However, I will a bit sad if someone talking about my grammar. I knew English is my second language, I never took a course before. I only learning from my school and movie, and after enjoying Korean variety show with subtitles, I was learning it from there. Yes, I was learning two language from there, Korean and English. Even now, I’m still learning. I’m sad because I have bad grammar. I couldn’t give perfect translations. Hope you understand my visitors.

I’m a freelance Korean translation for variety show now. For my own blog, one of Korean variety show site, and people who want to request. You can email me at anandayuhee(at)naver(dot)com for the detail about the request rules. I was subbed video for almost a hundred. Mostly are Korean variety show. If you want to ask anything about Korean variety show or subbing world, just leave a comment 🙂 It would be great if I know you as same kpop lovers.

These are some screen captures from the videos that I already subbed. 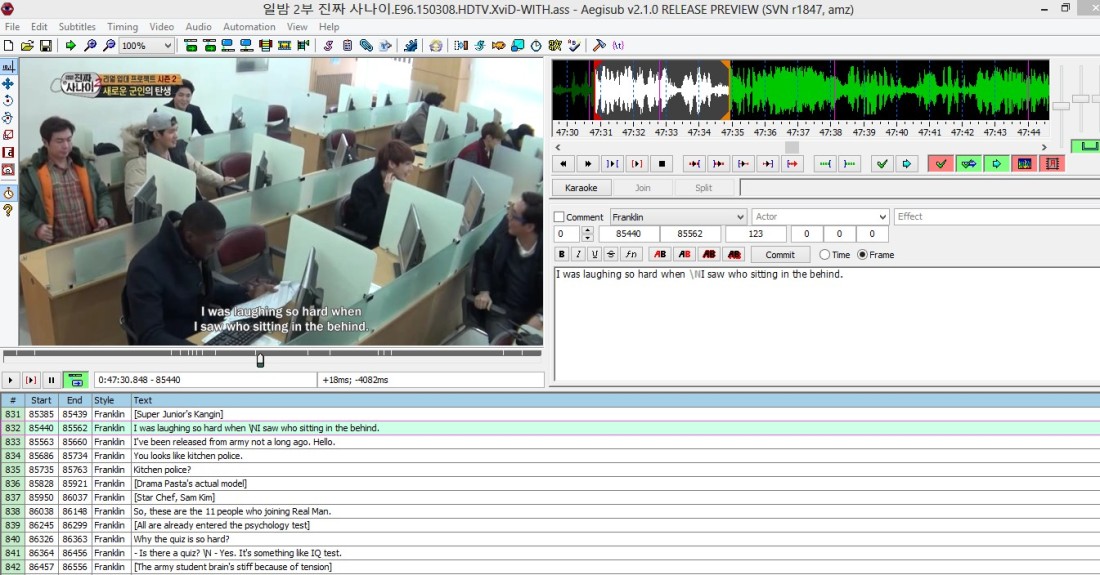 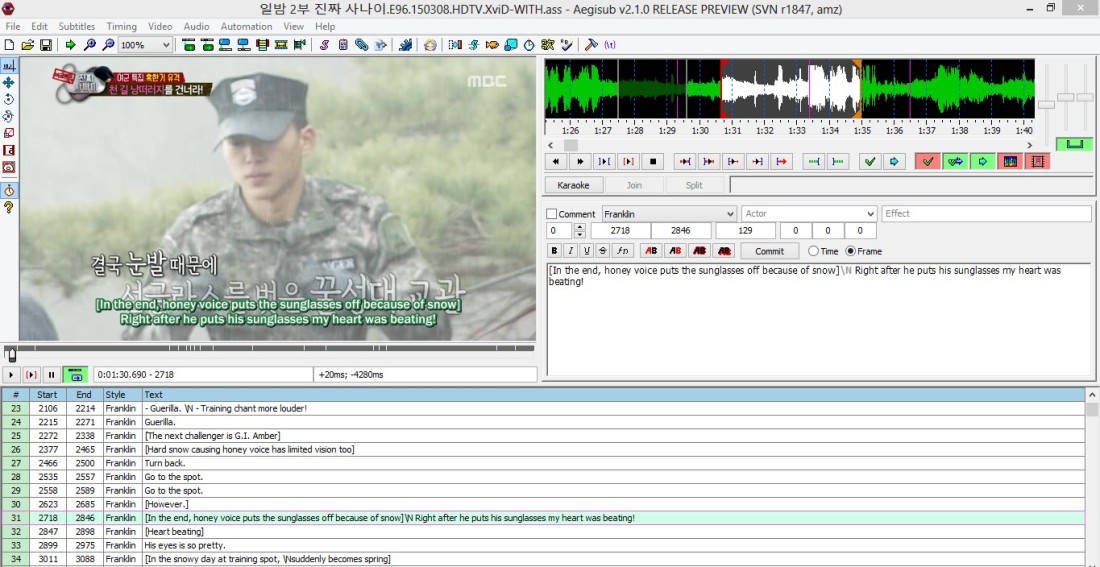 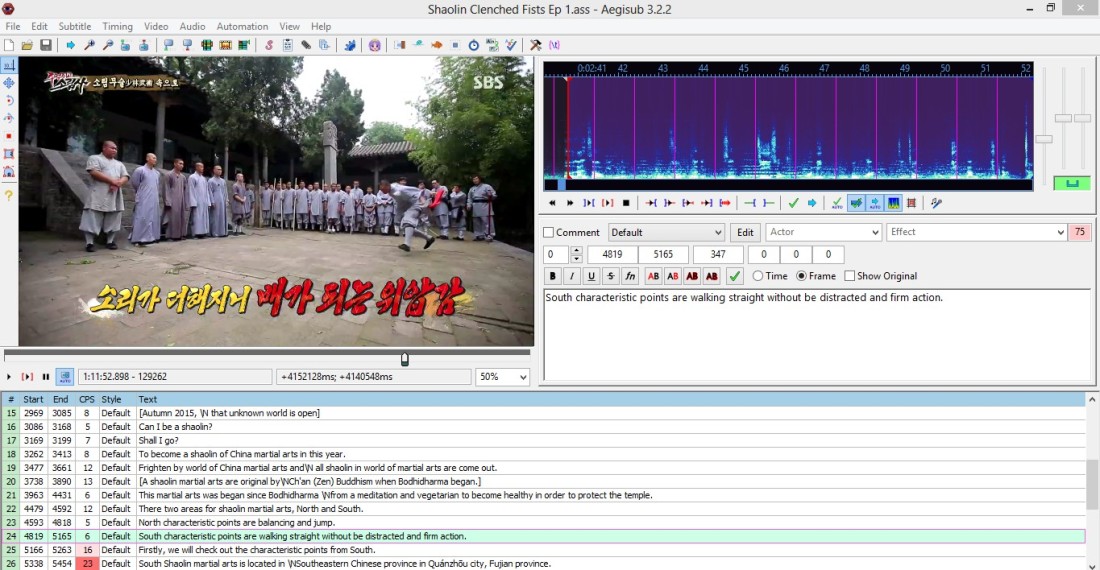 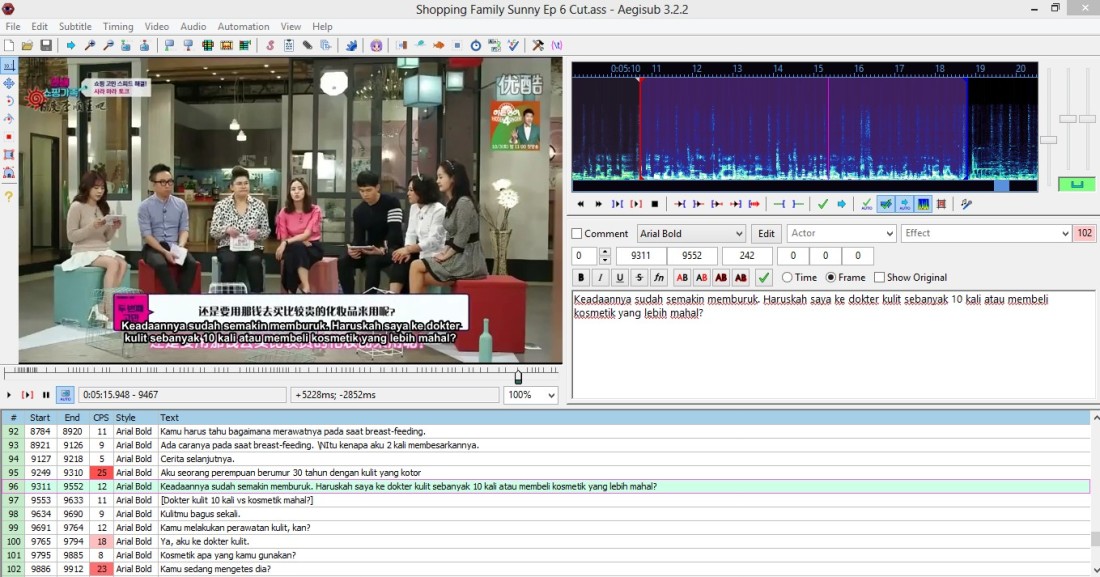 Keep fighting and learning for you who want to learn Korean language and to become a subber!

freelance Korean Translator | ex-announcer Soka Radio | ex-editor KapanLagi.com | social media support of Embassy Republic Korea in Indonesia | past and current jobs are my passions and I'm proud of it | yaps, I'm a Korean lover ❤ View all posts by anandayuhee

4 thoughts on “A Wonderful Experience as a Korean Translator”